A wee bit of history 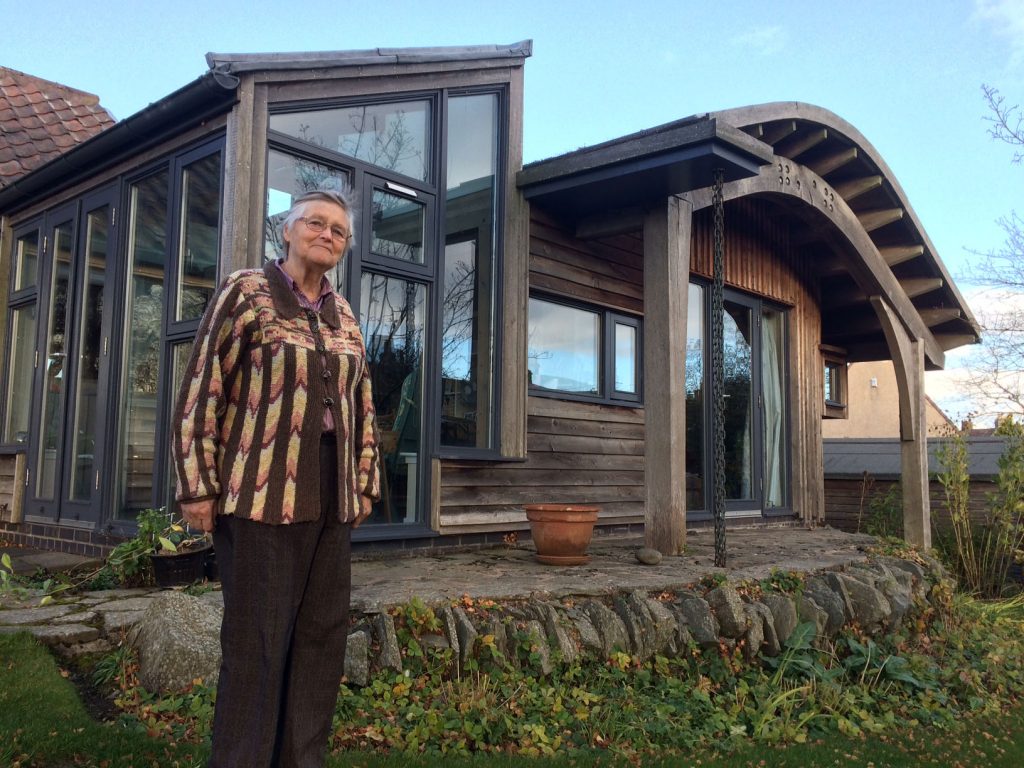 5/6/17
A couple of months ago mum was diagnosed with vascular dementia. Shortly afterwards I had dementia training at work, and found out exactly what this diagnosis means. I was pretty upset to hear that the average life span after diagnosis is five years. Also, mum’s mental health will go down in steps rather than the gradual decline I’d envisioned. The downward steps are often linked to mini strokes. 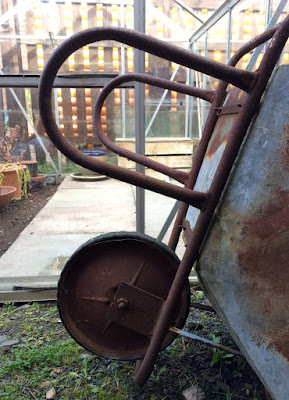 A week after her diagnosis mum fell on her path. A fall she later described to me as “very odd”. She’d been walking back from the shop, feeling fine until she reached her drive. She was “suddenly unable to walk straight and started veering all over the place”. Mum stumbled past her front door, falling onto her left side into the gravel in front of her greenhouse. She somehow landed with her head cradled in the wheelbarrow.

This is where she stayed until Jane, mum’s home help, arrived some time later to rescue her. We’re not completely sure that mum had a mini stroke, but she’s taken a definite step down hill since. She’s more forgetful, like she was last summer when she suffered from a recurring UTI. The doctor says that if mum falls like this again we should call 999. This is  scary territory, but apparently mini strokes can quickly lead to major ones.
Mum’s become more doddery since her fall, so we bought her a walker. It’s an amazing contraption which even has an integral chair for when she gets tired. Mum walks really fast with it too. Watching her walk so confidently is wonderful. She’s not hunched up at all and doesn’t look like a little old lady any more.
Unfortunately mum can’t use the walker. She has no one to push her in it…
I’ve told her so many times that it’s not a wheelchair, but once she gets an idea in her head it’s a pain in the arse to change it. She told me last night that she’ll start using a stick when she’s 68 – I told her that she was 76 already and should be blinking well using it!

She’s far too young and able for the walker. 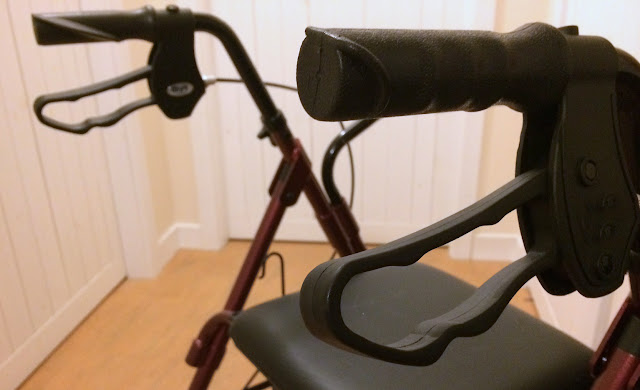 Mum might just have got her dementia diagnosis, but she’s been living with worsening memory problems for quite a while now.
For as long as I’ve known her, mum has been a whirlwind of activity. She’s been on a staggering amount of committees in my lifetime, spending huge amounts of time organising and running events to help others. Until her memory problems hit, I’d never known mum to watch TV without knitting, in her sixties she was dying and weaving her wool as well. At the age of 69 my mum even went out to South Africa for six months to help a daycare centre for HIV grandmas.
It was a little while after mum came home from South Africa that my sister Alison and I noticed mum didn’t seem as involved with life as much as usual. On top of this, she’d started to tell us stories from her childhood. This was extremely odd. My mum has never talked much about her childhood, and she’s never been one for telling stories. 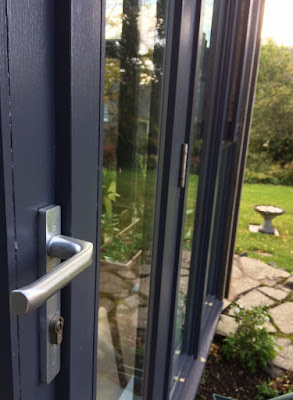 After we’d mentioned our worries to her, we realised that she was also forgetting things. Silly little things happened all the time, which she was somehow unable to solve by herself. She got locked out of her house more than once (an impressive feat seeing as she has to lock them with a key). One of us would have to drive the 10 mile round trip round to open her stiff, unlocked French windows for her.
all this was pretty annoying, but not enough to say there was a problem. It just seemed like a little bit more of the general forgetfulness we all have. Soon mum was unable to recognise objects from strange angles, and struggled to keep up with the conversation at our Sunday night dinners.
I’m not proud of how I managed the early days of mum’s memory loss. I think I was angry about it for at least a year, possibly more. This annoyance which was often taken out on mum to my shame.
Mum has told us she wants to stay in her own home for as long as possible. It’s was designed especially for her as an eco-house by my Architect brother in law, Alasdair. It’s everything she has ever wanted from a home, and we know that mum will go downhill very quickly if she is no long in this unique, beautiful place designed to complement her dreams and her lifestyle.
My siblings and I will do everything we can, in order to keep mum in her own home as long as she still recognises it as such.